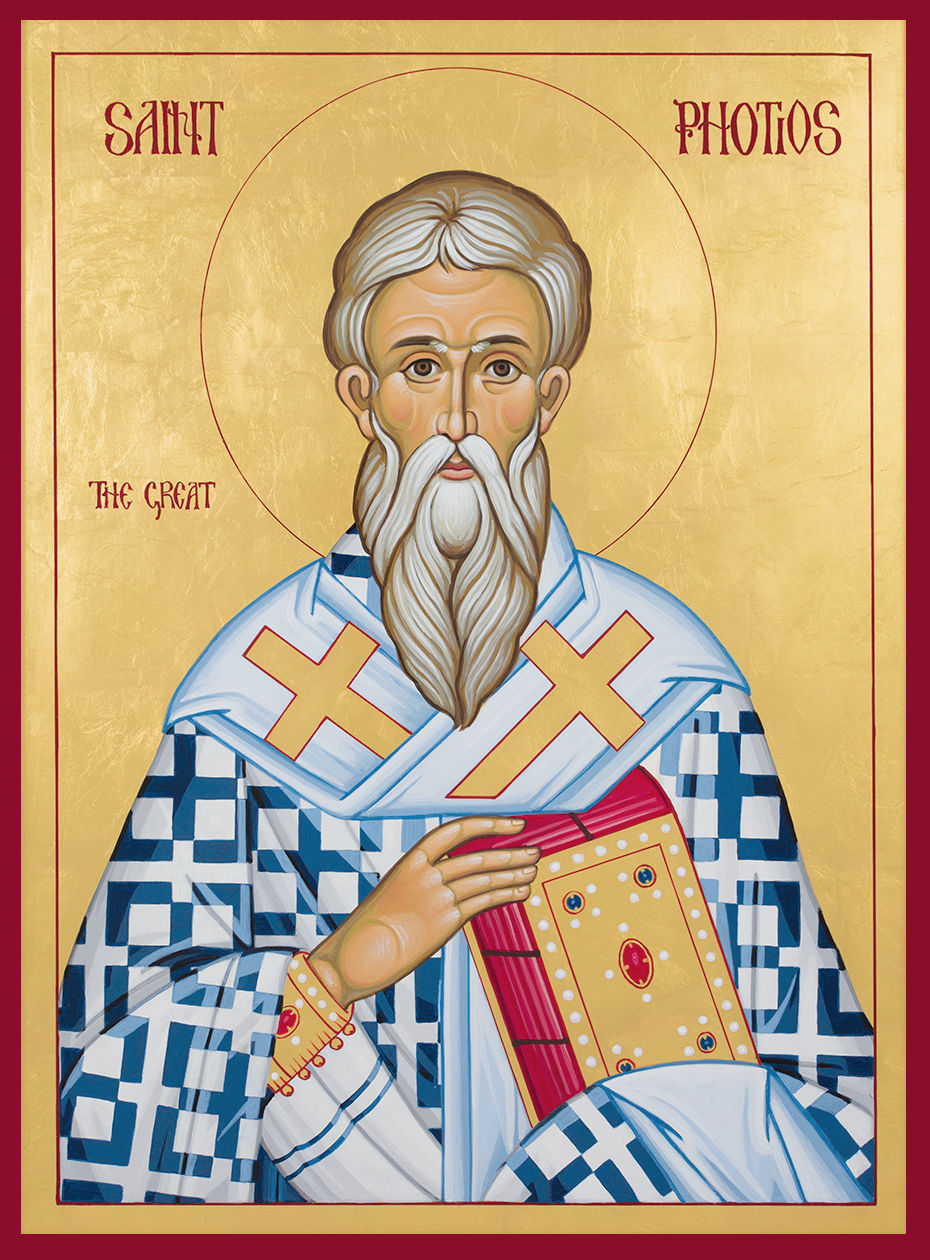 Saint Nicholas of Žiča (1881–1956), the “New Chrysostomos” of the Serbian Orthodox Church, calls Saint Photios the Great “a great light of the Church,” while Saint Symeon of Thessalonica (ca. 1381–1429) tells us that, like the Holy Prophet Moses, his face was said to have shone with Divine Light; hence, the Saint’s name, which is derived from the Greek word for “light”: φῶς. As a contemporary scholar, the Reverend Hieromonk Father Dr. Gorazd, who teaches in the Hussite Faculty of Theology at the Charles University in Prague and heads the Institute of Eastern Christianity there, has written: “The holy Patriarch Photios was not only a man of astonishing erudition, altogether exceptional intelligence and abilities, and a person of aristocratic descent and manners; he was also a genuine Hesychast: a man who applied in his spiritual life the practice of Hesychasm, a method for attaining the ultimate goal of the Christian life, theōsis [θέωσις], or deification by union with the Energies of God.” The Orthodox Church also honors Saint Photios with the title “Equal-to-the-Apostles” for his indefatigable labors in orchestrating missionary activities among the Slavs, the conversion of whom proved to be the most extensive evangelizing venture the Church has ever seen. 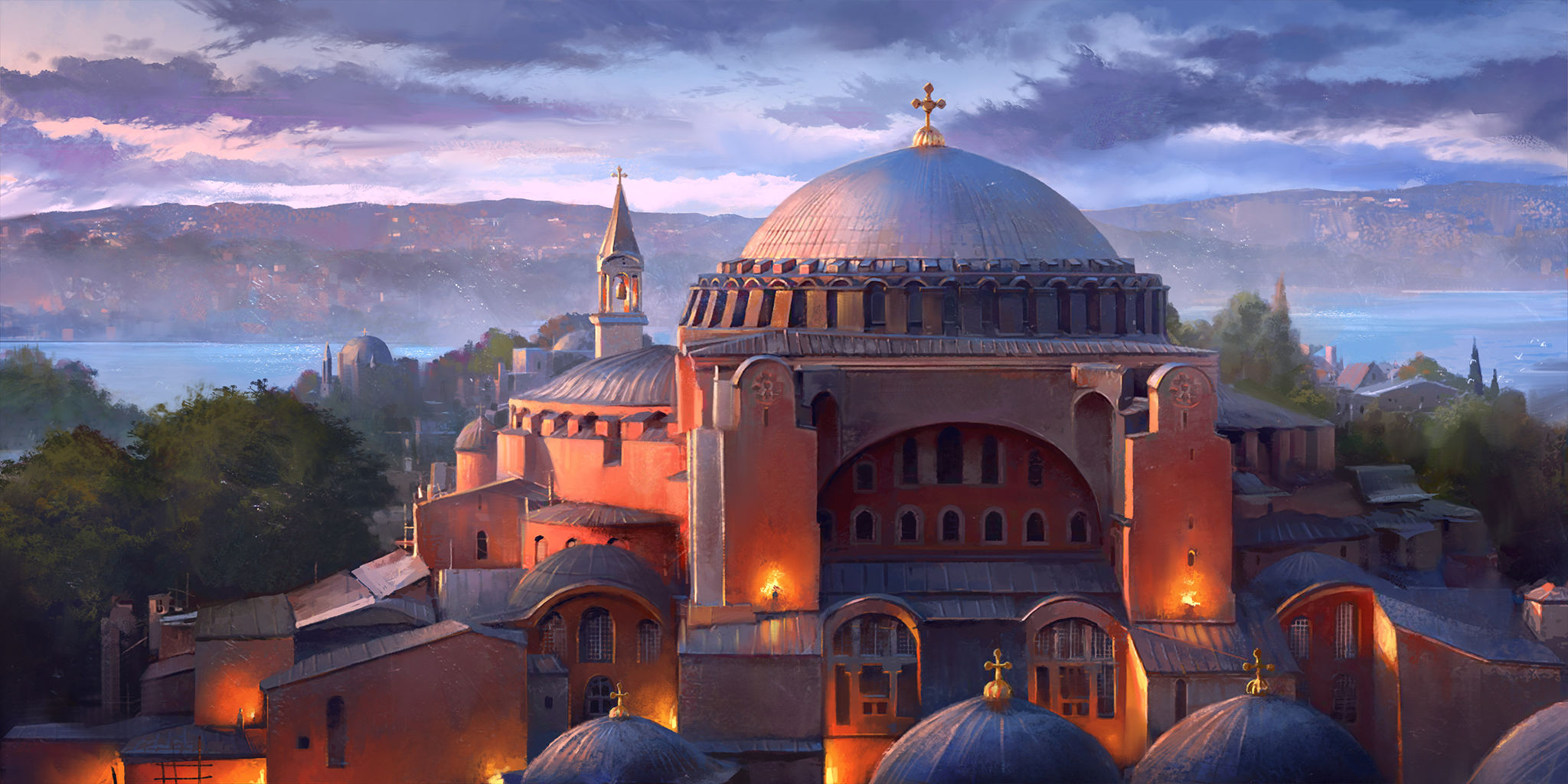 As a great ecclesiastical figure, a renowned scholar (the invention of the book review is attributed to him), a man transformed in holiness, and a traditionalist opponent of the rise of the Papal monarchy as a deviation from the spiritual and ecclesiological hegemony of the pre-Schism Church, it is only fitting that a traditionalist Orthodox seminary, anchored in the quest for intellectual and spiritual enlightenment and standing firmly against the innovations, religious syncretism, and modern trends that assault the integrity of Holy Scripture and Holy Tradition, should be named in honor of Saint Photios the Great. As the son of pious and noble parents who suffered for the Faith under the Iconoclast Emperor Theophilos (812–842), as a close relative of Saint Tarasios (ca. 730–806), the pious Patriarch of Constantinople, and as one who served the Church of Christ in holiness and in an evangelical manner, it is also suitable that he should serve as a model worthy of emulation for students pursuing service to God and the Church in a school dedicated to his memory.

Apolytikion, Plagal of the First Tone

As a brilliant expounder of wisdom, thou wast shown to be a Divinely established defender of Orthodoxy, O great Photios, adornment of the Fathers; for thou dost refute the pride of grievous heresies, O Divine ray of the East and splendor of the Church, which do thou preserve unshaken, O Father.

Kontakion, Plagal of the Fourth Tone

With garlands of anthems let us now crown the far-shining luminary of the Church, the God-inspired guide of the Orthodox, the Divinely sounded harp of the Spirit and the most steadfast adversary of heresies, and let us cry to him: Rejoice, all-honored Photios.

Previous
Institutional Objectives
Next
Board of Directors